Today I want to tell you about my favorite sport. Baseball! Baseball is played throughout the world but when people think of it most of them associate it with America. For years when it started in the good old US of A it was played by amatures. But in order to win some owners started to paying their best players under the table. So they were really professionals but it was illegal the way they did it.
It was in 1869, the Cincinnati Red Stockings became America’s first professional baseball club. It was in 1871, the National Association of Professional Base Ball Players was established as the sport’s first “major league.” Five years later, a Chicago businessman, William Hulbert, started the National League of Professional Baseball Clubs. 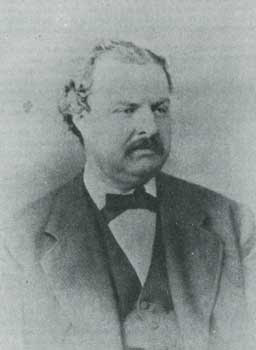 In 1901, the the American League of Professional Baseball Clubs, was founded. Starting in 1903, the best team from each league began competing in the World Series. Below is a photo of the third gave of the 1903 World Series with the crowd on  the playing field before the game between the Boston Americans and the Pittsburgh Pirates. 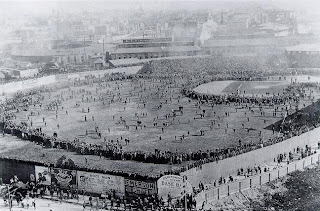 Various teams switched in and out of the National League over the years, but it remained an eight-team league until 1962, when the New York Mets and Houston Colt .45s (later renamed the Houston Astros) joined the league. In 1969, two more teams were added: the San Diego Padres and the Montreal Expos (now the Washington Nationals). Also that year, the league was split into an East and West division of six teams each. The Colorado Rockies and Florida Marlins became part of the National League in 1993, followed by the Arizona Diamondbacks in 1998. In 1994, the league was reorganized to include a Central division, along with the East and West groups.

In 1997, Major League Baseball introduced inter-league play, in which each NL team played a series of regular-season games against AL teams of the same division. (In 2002, the rules were changed to allow AL/NL teams from non-corresponding divisions to compete against each other.) However, one major difference between the two leagues remains: the American League’s 1973 adoption of the designated hitter rule allowed teams to substitute another hitter for the pitcher, who generally hit poorly, in the lineup. As a result, teams in the American League typically score more runs than those in the National League, making, some fans argue, for a more exciting game.

Between 1903 and 2007, AL teams were the winners in 61 of the 103 World Series played. The American League’s New York Yankees have won more World Series championships--26--than any other team in baseball.
Posted by Rick L. Phillips at 12:01 AM